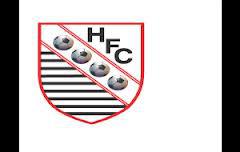 David Bremner's and hence the clinics' association with Henfield Football Club started in 2001 when he decided to take on the role of Coach/Manager of the Under 8's and continued to manage the team until the end of the Under 14 season. With the help of one or two other committed parents and friends, the team enjoyed some good seasons and some not so good seasons, but overall, the boys seemed to enjoy their football and associated activities. During this period, the clinics and patients helped to raise a substantial amount of money in an effort to realise a project to get the team to Kenya on a charity football tour.

The tour finally happened in December 2008. Playing football deep in the heart of Africa's largest slum (Kibera) on scrubland pitches, marked out with chalk dust for lines, grass growing in the playing areas and animals needing to be removed prior to kick-off was both an experience and an education for our boys. Our team was humbled not only by the skill of the opposition but the manner in which they played; bare foot often or a pair of boots between two, the right boot for the right winger and the left boot for the left winger. So we left behind football kits, footballs, football boots and all sort of clothes and other useful items that could be used by these children who had nothing! And in Nakuru, we did the same and our players ran a coaching session prior to playing a full match in the old national stadium, itself just a shadow of it's former glory.

The clinics also sponsored the Girls U12s football team kit allowing them to be smartly attired (at least at the start of the game.....there were many wet and muddy days) for their matches.

If you have any queries or wish to make an appointment, please contact us:

Get social with us.